- Meeting the inner self - 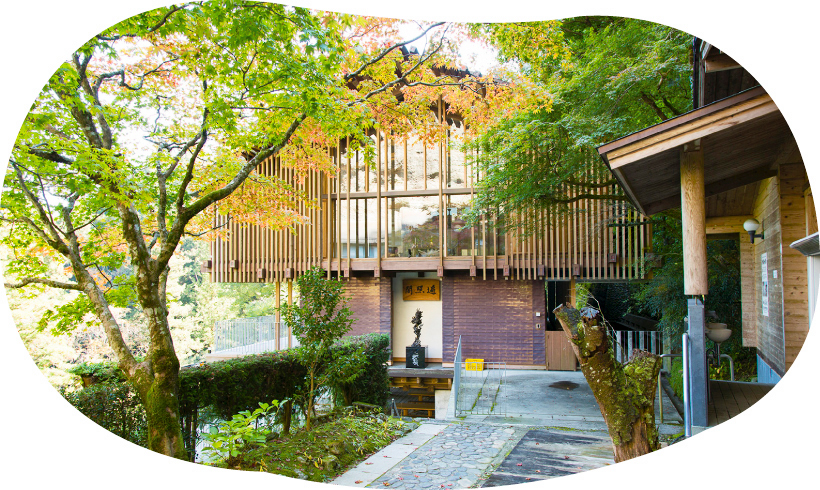 The lesson takes place at the glass-sided second floor of a beautiful wooden structure. I wonder what it’s like inside! 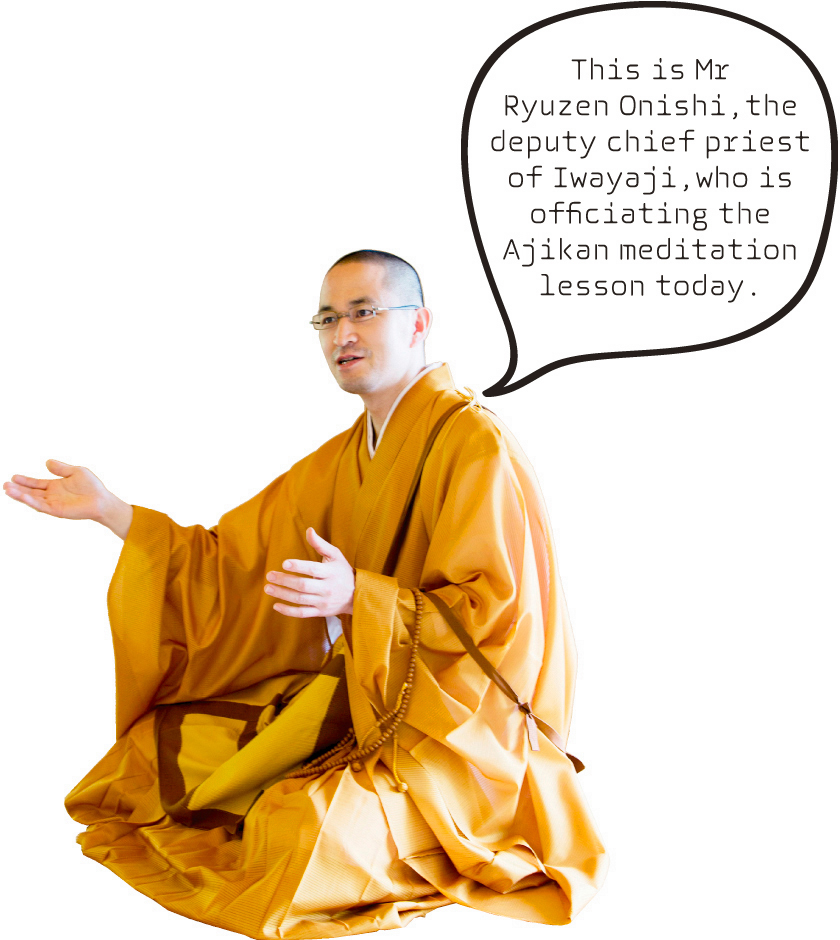 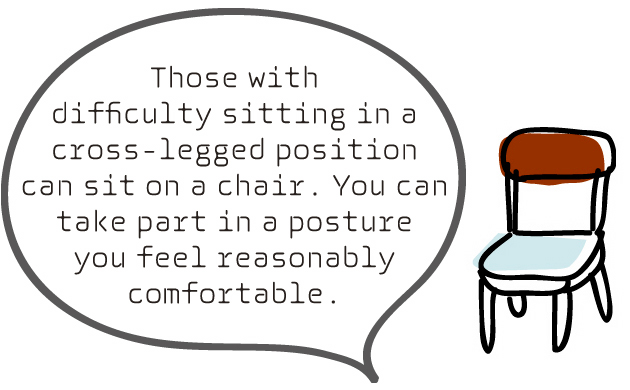 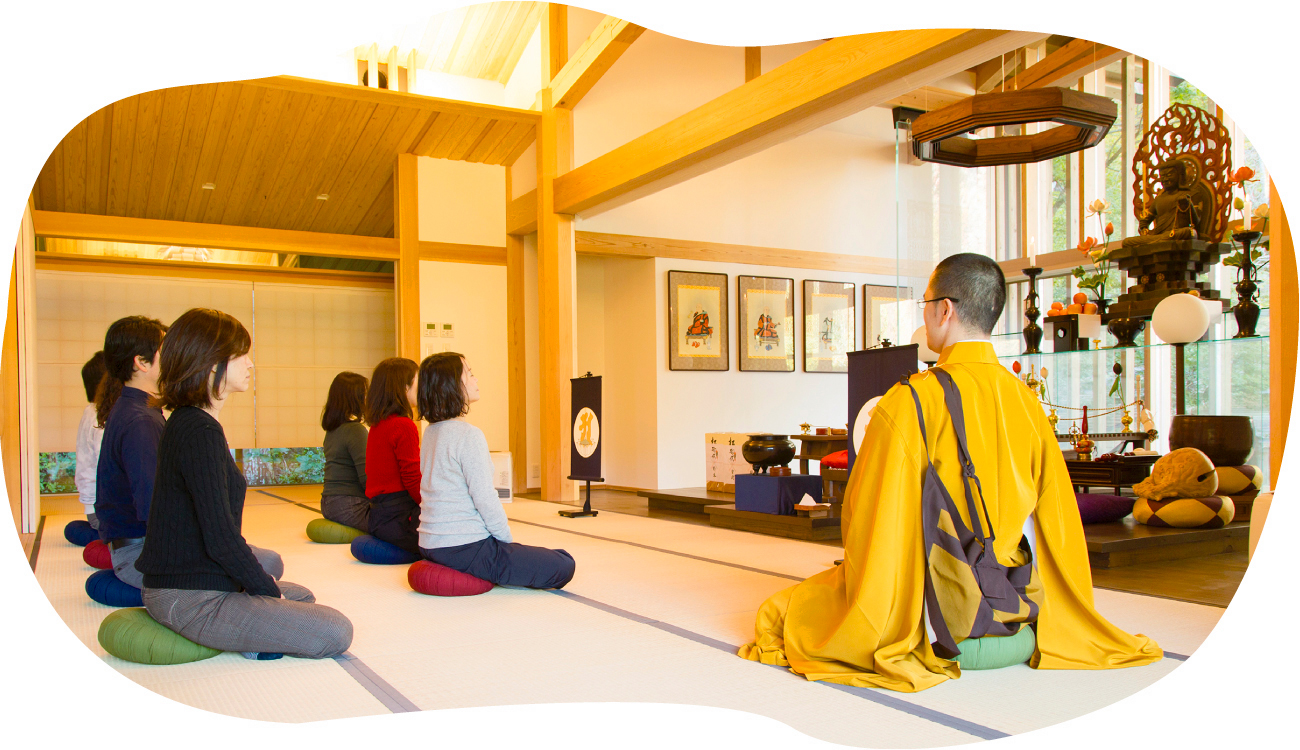 First of all, you learn how to sit. Place your buttocks approximately halfway of the cushion and sit on a cross- legged position in a manner that one foot touches the thigh of the other leg. This sitting position is called “hankafuza.” Your back should be straight as if the top of your head were being pulled upward by a string. 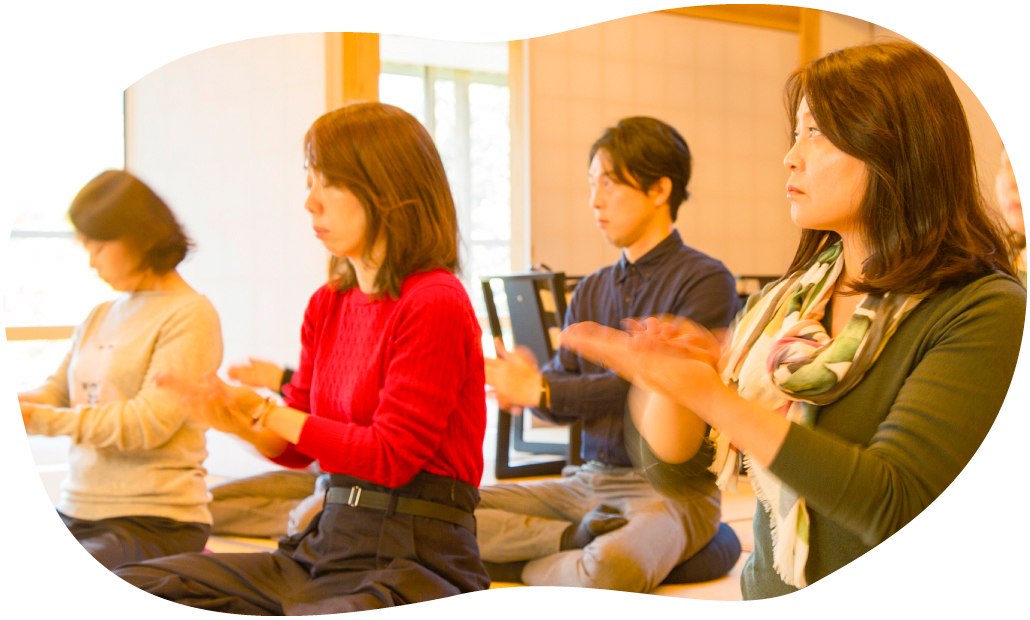 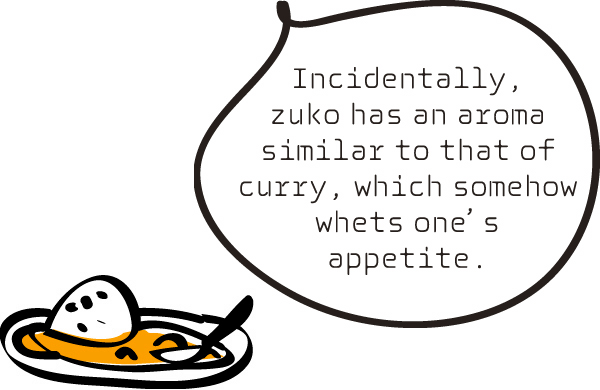 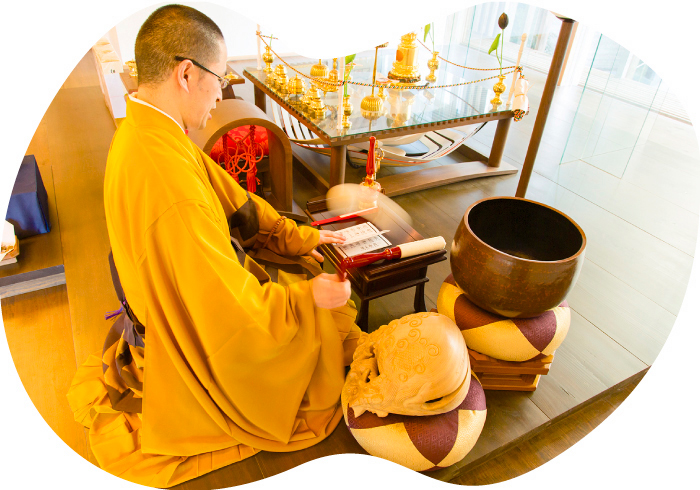 Before starting Ajikan meditation, you chant the Hannya-shingyo Sutra in unison led by the officiating priest.

Mental and physical preparations for Ajikan meditation are now complete. Right in front of you hangs a scroll on which a calligraphed Sanskrit character “a” is written. The name Ajikan is derived from seeing (観る, kan) an “a (阿)” character (字).
You see the “a” character with half an eye with lightly clasped hands and half-closed/ half-opened eyes. 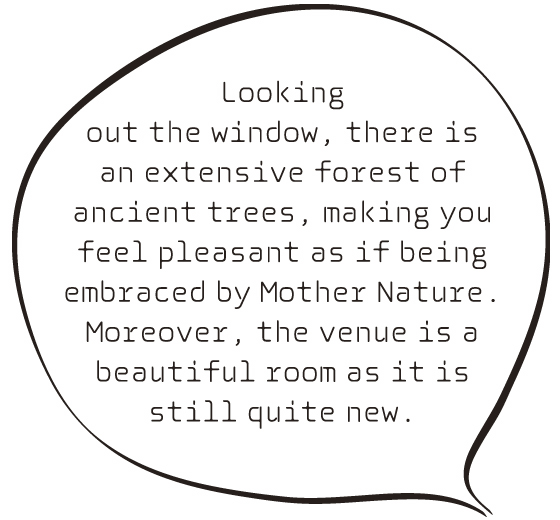 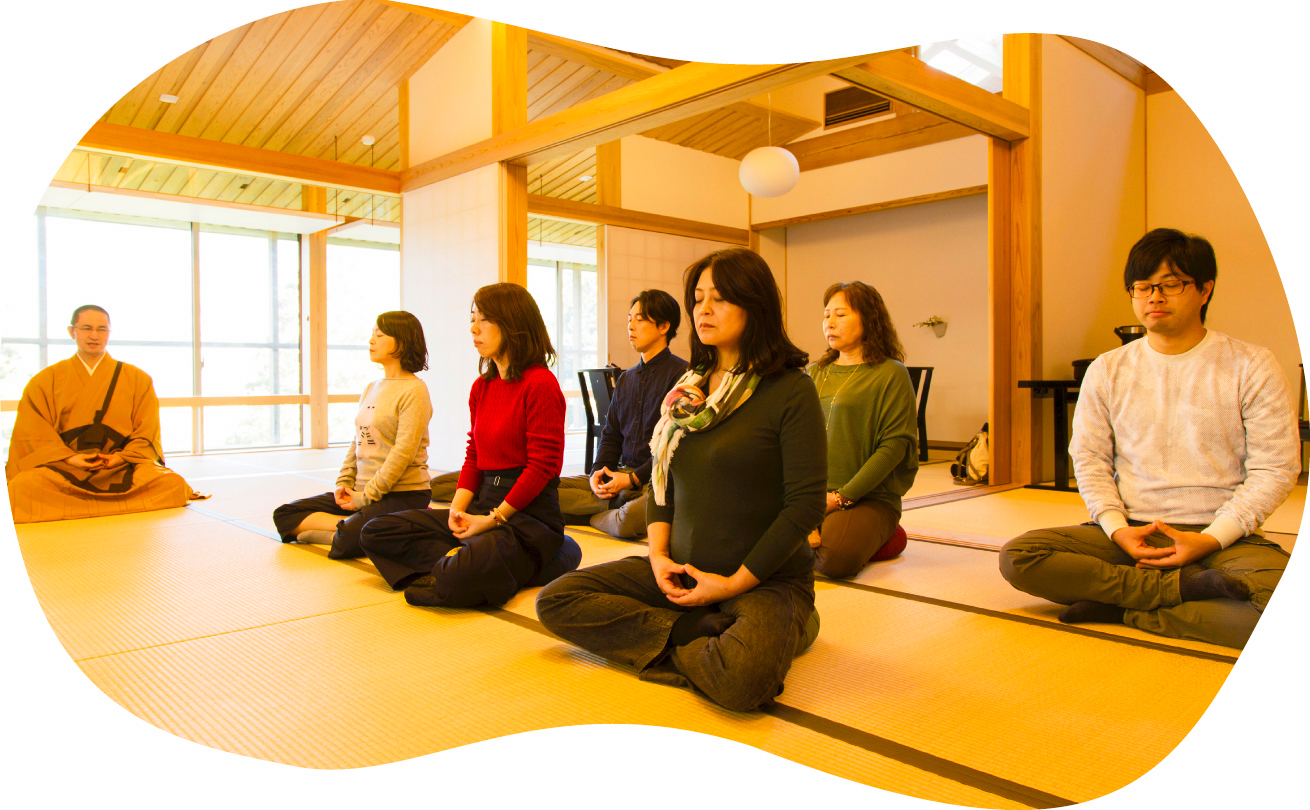 In Ajikan meditation, “it is important to feel your own breath,” says the deputy chief priest. Why? “There are times when distraction crosses your mind while sitting and stays there. You don’t have to eliminate it, though. You can accept your thought as it is and then let it go. To that end, feeling your own breath and counting it would make it easier to let distraction go.” Indeed!

With the sound of ding of a bell, Ajikan meditation starts.

Sure enough, distraction starts to swirl about in my head as I’m full of worldly passions. Recalling what the priest has said, however, I strain to count the number of breaths in my mind, “one, two, three, four…” When you do it, you need to exhale long and gently until you have no more breath left, which helps you inhale more spontaneously. 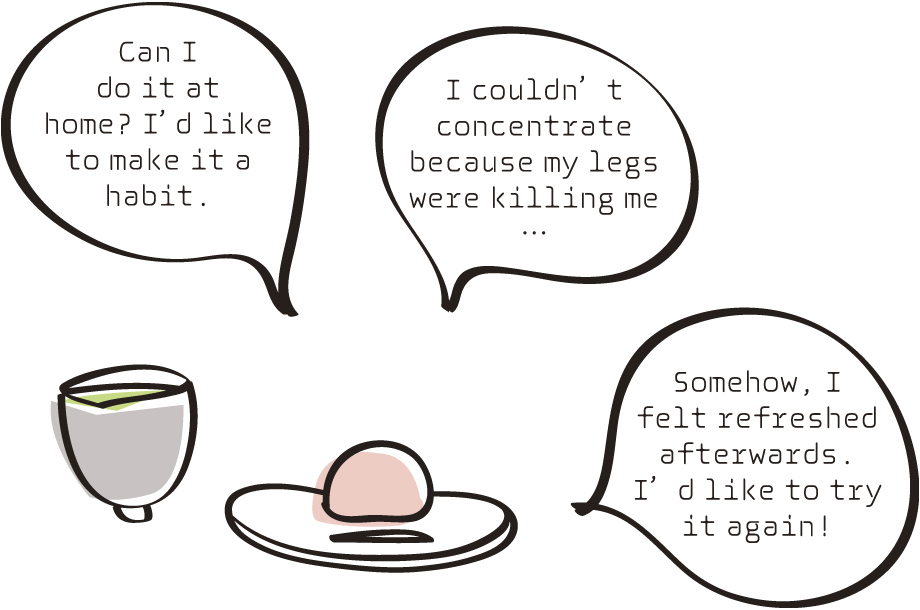 This has been my first experience of Ajikan meditation. In a refreshing setting, as I breathed deeply and focused my attention, I had a feeling that I was letting go various worries in my mind such as obsessions and preferences, although slightly.
After the lesson, we had a tea at a table.
While having a cup of tea with some confectionery, we talked about how each of the participants found their experiences of Ajikan meditation and asked the officiating priest questions to deepen our understanding. Being able to talk congenially with complete strangers might have been a positive effect of the lesson. That is to say, Ajikan meditation would perhaps have made our mind more tranquil than usual.

Reservations for the above lessons can be made at 88iwaya45@gmail.com.
Due to the space constraints,
the number of participants per session is limited to five to fifteen.